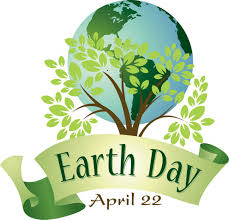 Earth Day was the genius idea of Senator Gaylord Nelson, in 1970. Earth Day now draws millions of participants to a day and weekend dedicated to celebrating the earth’s environment. Many celebrate Earth Day by spending time outdoors planting trees, cleaning up in parks, going on nature walks, and learning more about our precious Earth and how we can help preserve her beauty and resources.

With April 22 designated as Mother Earth Day, activities are happening all around the Bay Area, where parents and children have the opportunity to immerse themselves in fun deeds that celebrate the joy that our planet Earth brings to us.

One way that we, at BlueStar Electronics, encourage the strength of Earth Day is to dispose of electronics responsibly. Dumping technology just anywhere is totally unacceptable, which is why we inspire others to bring in or schedule a pickup where we can claim your spent electronic waste and in many cases, turn it around for reuse.

BlueStar Electronics is your electronic waste company dedicated to Mother Earth and saving her for future generations. Many are uneducated and do not realize the ramifications of disposing waste improperly. By visiting our website at www.bluestarco.com we explain to and educate our customers about how we help clean up the environment, and save Earths’ citizens from illnesses due to toxins that are associated with illegal and unethical dumping of electronics.

Our planet deserves a positive environmental impact, and it’s up to us to bring it!

The business of electronic recycling makes it easy for businesses to safely dispose of their office equipment including computers, monitors, printers, hard drives, etc. Our environment benefits when our electronics are gathered in the correct way keeping e-waste from landfills and eliminating the possibility for data breach.Since e-waste contains hazardous materials, the act of being environmentally conscious is up to each of us. We all must be accountable for our actions. The opportunity to recycle and shred responsibly also keeps us in control of our data security. If we fail, the planet fails as well. As in data destruction for personal and office use, if information is not erased, or eliminated, identity theft could control, or destroy life, as we know it. Proper “dumping,” recycling, and destruction is your best defense. Allow experts to accurately destruct and carefully remove information that is tied to you and your valuable business assets.Secure on-site shredding of your hard drive will help maintain your anonymity in the eyes of a potential threat. Remember, your hard drive is linked to your life. Protect it at all costs. Dispose of your old, outdated computer equipment. Period. Dinosaurs were never meant to live forever. Focus on purging your home, your office, and your life of the electronic clutter that could one day be your demise.

At Blue Star Electronics Recycling, Located in Hayward, CA 94544 we can help you with eliminating the headache of recycling and worrying about the information on your hard drives.

We offer free pickups all over the Bay Area and house a secure facility to remove the hard drives and shred them in our shredder.

End-of-life recycling by itself isn’t sufficient for most organizations phasing out IT equipment. Many organizations require detailed asset reporting that typical end-of-life electronics recyclers do not provide. Also, a great deal of the IT assets which organizations are phasing out are not necessarily obsolete, and can be converted into a significant revenue stream when resold into secondary markets.

Here at Blue Star Electronics, LLC ( Blue Star Recycling ) we provide to our clients a detailed reporting, Certificate of Destruction, pictures and more. A monthly reports with revenue sharing. We work with small companies to Large. We service the entire Bay Area and more! For more information please contact us at Sales@bluestarco.com or www.bluestarco.com

California residents threw out 4.4 pounds of garbage per day in 2011, a record low, the Department of Resources Recycling and Recovery (CalRecycle) announced.

The rate is calculated by taking the total waste disposed at residential facilities and commercial businesses and dividing that by population. The rate has been calculated since 1989; the state had a high of 6.3 pounds per resident in 2005.

“These rates are proof that we have strong and effective resource management efforts in the state,” CalRecycle Director Caroll Mortensen said in a statement. “Now we have a new goal: 75% recycling statewide. We’re excited to work with local communities and support emerging markets to recycle and divert even more solid waste in the years to come.”

April 16th on Saturday the kids at Laurel Ridge Community Church were busy helping out with the E Waste recycling event. The Event was a success. Thank you to Pastor Wayne, all the families hat helped out and the most of all the kids they were amazing. We managed to stay cool despite the hot weather. The residence of Oakley had a chance to recycle their e Waste with Blue Star Electronics the recycling company in the bay area.

Blue Star  Electronic recycling is located in Hayward, CA offeres several services to companies such as free recycling and free pickups. They also provide a certificate of destruction and they have a hard drive shredder to destroy those sensitive material you have. Also Blue Star has been doing a lot of fundraising events all over the bay area. For ore questions please call them at (510) 259-1879.

E-waste is growing exponentially simply because the market in which these products are produced is also growing rapidly as many parts of the world cross the so called ‘digital divide’. For example, between 2000 and 2005, the Organisation of Economic and Cooperative Development (OECD) notes a 22% growth in Information Communication Technology (ICT) in China1.

Furthermore, China was the 6th largest ICT market in 2006, after the US, Japan, Germany, UK and France.2 This is astounding when one considers that just ten years ago, under 1% of China’s population owned a computer3. Computers are only one part of the e-waste stream though, as we see that in the EU in 2005, fridges and other cooling and freezing appliances, combined with large household appliances, accounted for 44% of total e-waste, according to UNU’s Study supporting the 2008 Review of the Waste Electrical and Electronic Equipment (WEEE) Directive.4 Rapid product innovations and replacement, especially in ICT and office equipment, combined with the migration from analogue to digital technologies and to flat-screen TVs and monitors, for example, are fuelling the increase. Economies of scale have given way to lower prices for many electrical goods, which has increased global demand for many products that eventually end up as e-waste.

Call us for your e-waste recycling needs